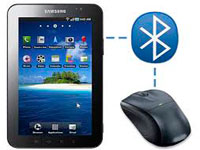 There are occasions when it becomes necessary to pair peripheral gadgets with the tablet or phone. However, few people know how to connect Bluetooth keyboard and mouse for Android devices. This article is devoted to this.

Possibilities of the devices

When the Bluetooth technology appeared in the 1994, the active improvement of wireless technologies began. At the current stage of development, the Android OS can even support the Bluetooth mouse. This mouse is relatively new, and at first, it did not work very efficiently and smoothly.

However, after very little period of time, the interfacing techniques were polished to such an extent that there is such a possibility in any relatively new device.

Now, there are two ways to make a Bluetooth connection:

A few years ago, when the method of Bluetooth equipment pairing was not optimized so well, the use of OTG cable was the only option. This required connecting the Bluetooth Adapter from the peripheral equipment to the OTG-adapter, which was inserted in the Android device.

A special driver for a Bluetooth mouse for Android devices was needed. Moreover, sometimes it was possible to download a driver from the Internet, and it worked, but in some cases people had to look for the driver for specific models of peripheral and Android devices.

Sometimes, when manufacturers have created specialized equipment, which originally provided the possibility to connect, they created the appropriate soft.

The Swiss company Logitech was one of the first companies that started to implement a direct connection method. The company released a specialized Android mouse that did not require OTG-cable and adapter. It was called the Logitech Tablet Mouse was created to work with the tablet version of Android OS (3.1).

Now, most of today's models of the Bluetooth periphery can be easily connected to the new Android gadgets without any problems. This happens via the third or fourth version of the Bluetooth protocol. The latter is also known as “Smart”.

Next, we will tell you about how to connect the Bluetooth mouse to the Android tablet.

Turn the Bluetooth gadget on and go to the menu of the tablet.

Find and go to "Settings".

In the "Wireless & Networks", select «Bluetooth» and enable it.

Next, find the Bluetooth gadget that you want to use, and press it. The process of setting up the interaction is over.

Those people who need the best Android Bluetooth mouse, should pay attention to the new MX Master mouse from the Logitech Company. Engineers, programmers and designers have worked hard to make it easy to use, multi-functional and highly ergonomic.

It has an internal rechargeable battery with a capacity of 0.5A, which allows it to work up to 40 hours. This gadget also has the ability to be connected to three devices simultaneously, and you can easily switch among them.

It works on the two connection interfaces: a radio channel for fast and high-quality work with a PC, as well as the BT 4.0. The second standard allows you to connect to a large number of android devices. The radius of a stable connection reaches 10 meters. 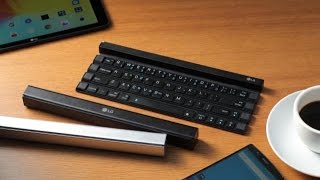 How to connect a Bluetooth keyboard to your Android tablet 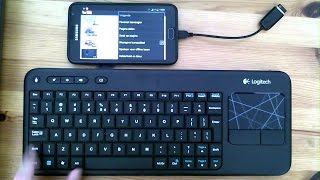 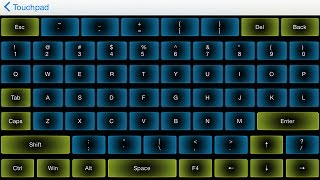 How to use Android as a Bluetooth keyboard 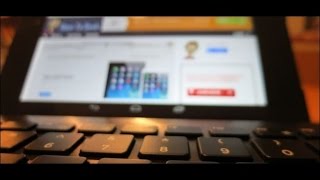