How to enhance the Wi-Fi signal on Android 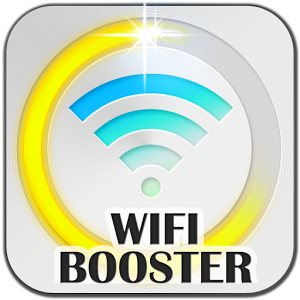 Today we want to share with you some interesting information on how you can boost the Wi-Fi signal on your smartphone. Also, we will tell the whole truth about the apps called Wi-Fi boosters for Android devices.

Nowadays, you can find lots of programs that promise to significantly increase the Wi-Fi signal on Android and provide better connection and speed. The entire setup procedure usually consists of a single step, you just need to click on the large button in the center of the display, and then the app does everything by itself. Some programs even have a curve that increases significantly after pressing the button, showing how much better the signal became after its actions. But tests conducted in other applications did not show any differences in the signal and speed. The conclusion is that these applications are made for users who do not really understand this. Applications have a lot of advertising which constantly pops up, and so for that they are developed.

Why applications do not work

1.The fact is that the connection depends not only on the gadget that receives it (your smartphone), but also on the device which distributes it (another smartphone, router). Therefore, everything cannot depend on you. If the router is not working properly and shares the connection with faults, it is unlikely that the settings on your gadget can significantly affect the stability of the signal.

How to boost the signal

If you have a large area of the apartment or house, and the signal doesn’t reach distant rooms, you can buy a Wi-Fi booster for Android and other devices.These amplifiers are relatively inexpensive and can make the situation twice better. An example of such a gadget is the model TL-WA850RE from the TP-LINK company. It works from the socket, it is necessary only to insert it and press the button to turn it on.

If you’re somewhere in the city and there are several Wi-Fі points nearby, the application “Wi-Fi Overview 360” tells which network has the most stable level of connection. In order to find the best network, you need to:

But remember that a good signal does not mean that there will be a good internet speed. To test the speed, you need to download the program “Speedtest.Net” and do the following:

Check different networks in such a way to find out where the fastest Internet is.

How to enhance the Wi-Fi signal on Android: Video