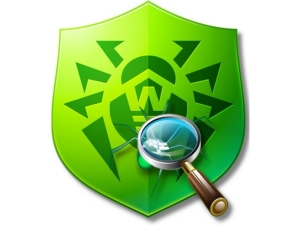 The increasing popularity of any OS inevitably leads to increase of security threats for it. The mobile operating systems are also threatened, because there are many malicious programs and vulnerabilities in the operating systems. A security service for Android by Dr. Web helps to avoid different unpleasant situations, such as filling the system with advertising windows, or even gaining full control of the device.

There are two versions of the software. The first one is free and it is called “Dr. Web Light Antivirus”. It allows checking gadgets for malware. However, the Light version of the program will not be enough to protect your smartphone or tablet from all types of malware, so the developer recommends using the paid version of the app.

Dr. Web Security Space for Android has much broader functionality than its free analogue. The Dr. Web antivirus life license version of the app can be purchased from the Amazon store via this link.

The “SpIDer Guard” is the most noticeable feature of Dr. Web Security Space. It constantly monitors the processes running on the device and checks new files for threats. When you run the application for the first time, it is recommended to check the device manually. You will most likely find at least one virus on your device – the number of malicious programs added to the virus databases of Dr. Web Internet security exceeds thousands per month. When SpIDer Guard is enabled, the icon appears in the notification bar. However, if you do not like it, the notification may be easily disabled in the settings of the app. 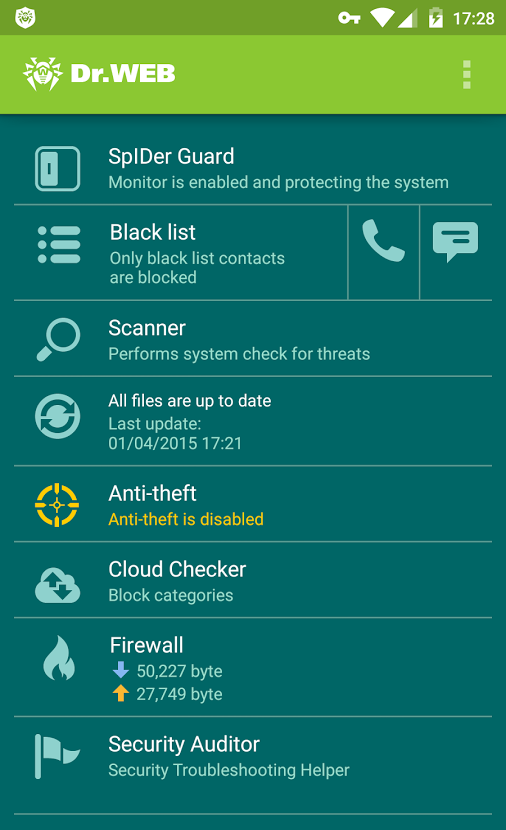 Other features of the app

In addition to monitoring, Dr. Web Security Space analyzes the operating system for possible vulnerabilities. If the vulnerability is found, you will see its detailed description and the possible consequences, as well as recommendations to remedy the situation. If you know exactly why you need these functions, they can be left enabled. However, they are often activated by the user for a one-time necessity, so keeping them enabled can be dangerous for the gadget. 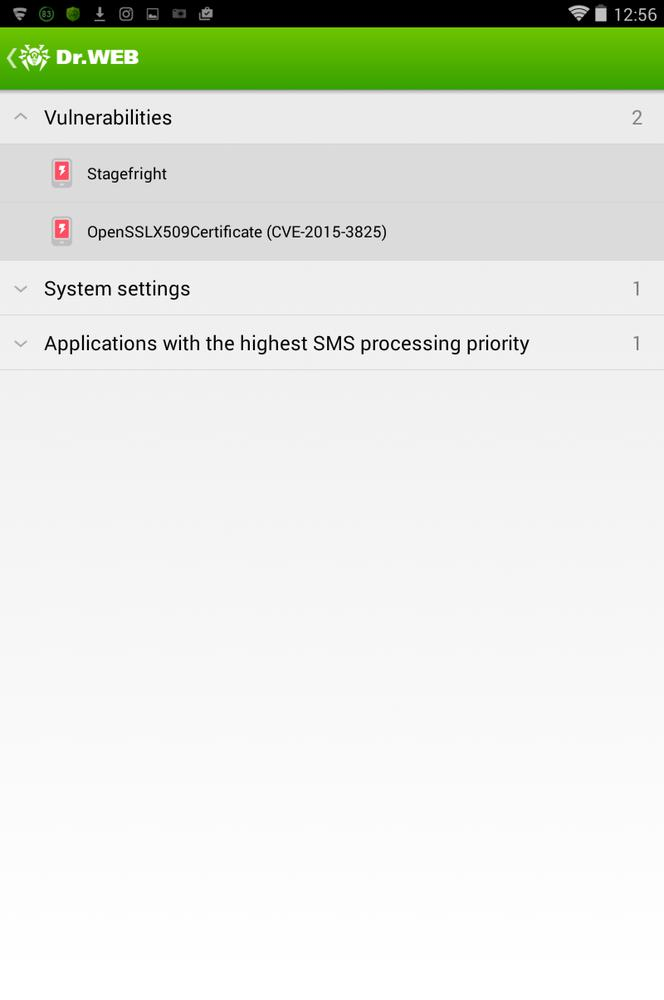 In addition to protecting your device from vulnerabilities and malware, Dr. Web mobile security app can also protect data on a smartphone if it is lost or stolen. The corresponding function is called “Anti-theft” and its main task is to remotely control the smartphone using the SMS commands. By sending a message of a certain type, you can lock your device, delete everything from it, get its location or cause the device to make a sound that will not stop even after a reboot. Additional features of the “Anti-theft” include: 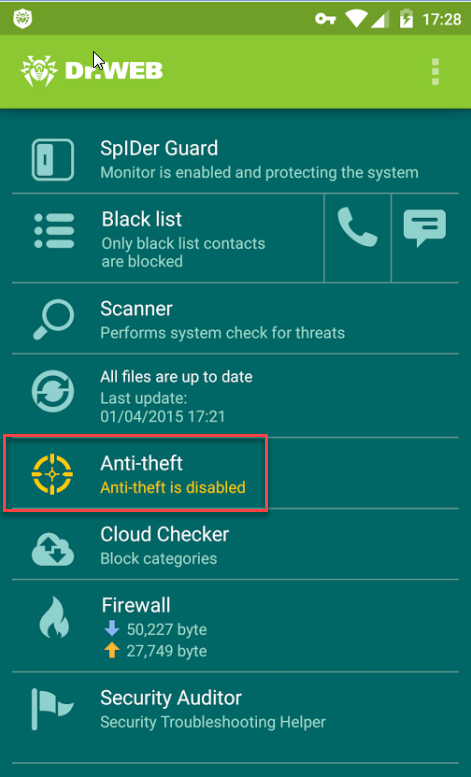 Another possibility of Dr. Web mobile antivirus allows protecting the device owner from annoying calls and messages. By default, the built-in blocker has two modes: blocking all calls and SMS and accepting calls and messages only from contacts. There is a possibility to create your own profiles. You can select contacts, which will be blocked, or you can create a white list. Blocked calls will not be stored in the phone’s journal, but you can always see them in the app. 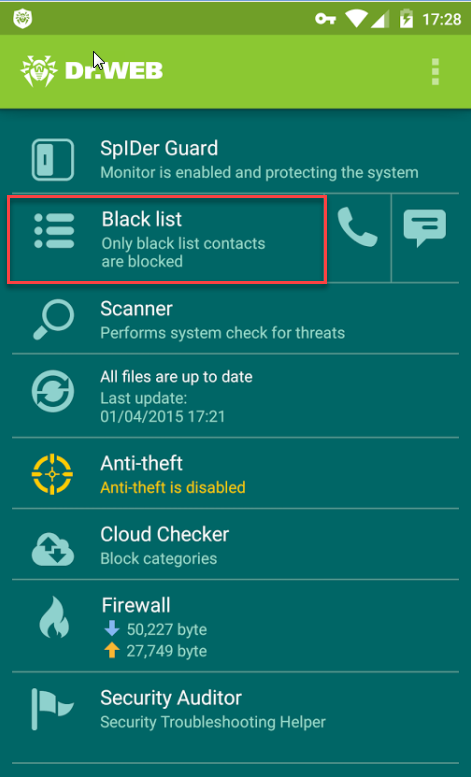 The developer offers two network security services. The first one is called “Cloud Checker”. It allows blocking the sites by categories (for example, adult sites or sites with weapons). If you try to open such a page, you will be automatically redirected to a secure page.

The second network service is the firewall. Its features include counting the consumed traffic by apps and disabling the data transfer via different networks. In addition, the firewall allows setting limits for the data exchange via mobile Internet. 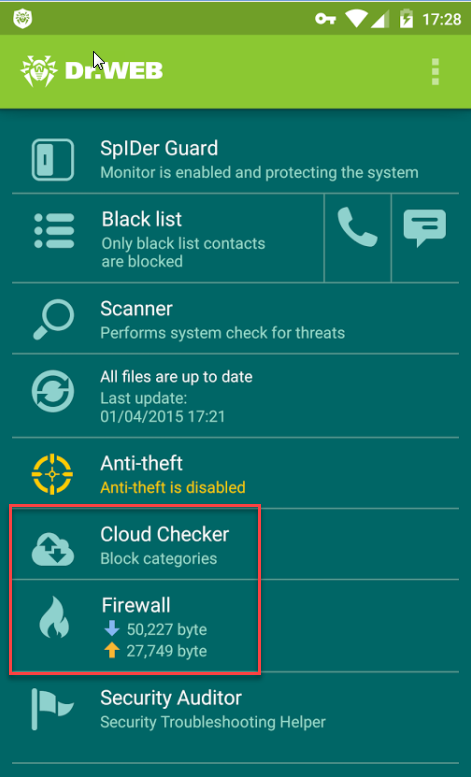 Since Android is the most widespread mobile operating system with millions of users all over the globe, Android devices need to be protected properly. Dr. Web Security Space is not just an antivirus that can protect your Android device from malware. It is aimed at protecting the info that is stored in the device, which is often more valuable than the gadget. Dr. Web app will help to reduce risks or remotely control the phone if physical access to it is lost. The “Cloud Checker” function and the firewall will help to avoid unwanted sites and control the traffic consumption by third-party programs.