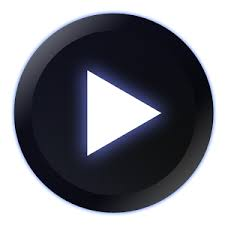 This time, we will consider the Bluetooth music player for Android application. It is useful for people who want to synchronize the music on multiple phones via Bluetooth.

We would like to make several amendments to avoid misunderstanding why we do it. Our goal is to play the same songs simultaneously on both Android devices. We will not tell you how to play songs via Bluetooth headset, since it is easily done using standard methods, and it does not need a special Bluetooth Player for Android.

In the Google Play, the Bluetooth Music Player Free is the best music player for Bluetooth on Android, and perhaps the only player with the desired functionality. We will use it today.

If speaking briefly about the functional of the application, visually it looks like an ordinary simple music player, and it can be used instead of the default player to play tracks in headphones.

The main feature of the Bluetooth Music Player Free lies in the fact that it has distribution and reception modes of audio files streaming playback. We will discuss it later.

Enable Bluetooth on both smartphones.

For simultaneous playback of audio tracks on devices, it is necessary to install this player on both devices.

On the smartphone, that stores songs:

On the second smartphone:

After these steps, your smartphones should simultaneously play the audio file. As stated by the application developer, the music will not just sound the same on the two devices, but it will be played in stereo (the first device will act as a left channel, and the second as a right).

Note: this program is optimized primarily for smartphones, so when you will run it on the tablet, you may face with some problems. This was confirmed in our practice (we could not select the top menu buttons). Perhaps, not every tablet have these problems.