Where can we find the files transferred via Bluetooth on Android? 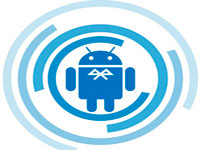 It happens that some novice users have problems in finding files that were transmitted via Bluetooth to the Android OS. This article is intended to assist in solving this problem.

A couple words about the Android OS

Before dealing with our question (where are the files received via Bluetooth on Android located, and how to find them), let us talk about the operating system.

The first achievements have been made by Android Incorporated, which was purchased by Kindness Corporation in 2005. Two years later, the Open Handset Alliance was founded, and it is currently developing the OS. Almost a year later, the company presented the first stable version with the preliminary code name “Astroboy”, but it was later renamed to the “Apple Pie” in order to avoid problems.

Next version (1.1) has been renamed from “Bender” to the “Banana Bread”. This was the second and the last operating system being renamed: since then, they are called as different desserts and sweets. A similar trend is working now.

Currently, the last official version is 5.1.1 called Lollipop, but soon we will see the sixth version, named Marshmallow (announced in May of this year).

Some words about Bluetooth

Bluetooth is a device that allows you to create small wireless networks for private use. Ericsson (now defunct) initiated the beginning of its creation in 1994.

Initially, this specification was designed to replace RS-232cables. However, the idea proved to be much more promising, and therefore after 4 years the giants of microprocessor technology (Toshiba, Nokia, IBM, Intel and Ericsson) entered into an agreement and created Bluetooth SIG.

After some time, the partner relations with the IEEE were created, so that the Bluetooth has become a part of the 802.15.1 standard, and then the active development of wireless communications era has begun. The name was taken from the Danish language: it was borrowed from the Viking king, Harald Bluetooth the First.

The analogy has been used very precisely. This person has united warring tribes into a single conglomerate; this was an allusion to Bluetooth, which brought together a number of different protocols.

The principles, on which this technology works, are based on radio waves, where the frequency is within the boundaries of unlicensed (2.4-2.4385 GHz). The method of transmission involves a sharp change in the oscillation frequency, which have the intermittent type of radiation.

These circumstances have been chosen with an ulterior motive. They allow having the connection stability, they are easy to assemble, and the cost of the necessary components is very low. Besides, it is possible to connect not only from device to device, but also to multiple gadgets simultaneously.

The first version of the OS to support this protocol was the 1.5 "Cupcake". Since then the profile is included in each edition of the mobile platform.

The location of received files via Bluetooth on Android-powered devices is always the same (in the internal memory of the device). In earlier versions of the operating system, it was a folder with the same name, and later, starting from about 4.0 “Ice Cream Sandwich”, the files are located in the public downloads folder– Download.

The ability to specify the folder for receiving the information is not available in the official versions, but such a feature is available in custom third-party firmware from CyanogenMod or other developers.

Currently, you can easily find such applications by going to the Google Play. For example, we will consider the “Bluetooth file transfer” program.

After installing the application, open it.

After that, on the main screen or with a hard key, press «Settings».

Now, select the adjustments of the utility: press «Settings».

The screen shows the area that allows you to select a folder or create one. Choose the folder and press «OK».

As you can see, the path has changed. Now, the files that were received via Bluetooth will go straight to the user's chosen location. Note that this will happen only if you will use this program to receive the information.

Where can we find the files transferred via Bluetooth on Android: Video