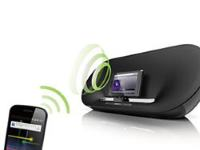 If you have several wireless Bluetooth speakers and you do not know, how to connect several Bluetooth speakers on Android simultaneously, then you got to the address. Below, we will tell you how to do this. Note that you will not be able to implement it via Bluetooth, because Android devices does not have the function of audio stream broadcast to multiple devices at the same time. If the speakers are connected in series, the sound will only go to the last connected device.

In our test, we used Bluetooth speakers Beatbox_Beats_by_dr._Dre_Mini_S11 for Android and iOS phones. You can achieve the goal using the following additional adapters:

What you will need to do:

This method is not convenient for all situations, since the wires need to be used. However, you can connect such a stereo pair to any MP3 player that does not have the Bluetooth module.

By the way, it is not necessary to have the specified model of the speakers. Almost all wireless speakers have AUX jack to provide a wider choice of devices, to which the user can connect a speaker.

If you have neither mini Jack twin, nor AUX cable, you can easily purchase them at any radio or electronics store. In addition, they are cheaper than the film for your smartphone.

How to play music on other smartphone

Now, we will tell you how to use other Android device as a Bluetooth speaker.

To do this, both devices have to support the SmartShare Beаm (LG smartphones were the first to be equipped with it). If both devices are from the same manufacturer, the success rate will be higher.